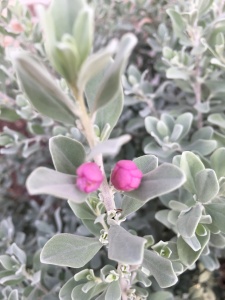 Today I open this new blog with Tracking Wonder’s Quest 2016: a month of creative prompts by some of the top visionaries in their fields. Today’s prompt comes from Susan Piver, a New York Times best selling author. You can read more about Susan at the end of this post.

2016 is my year of transformation. Here’s why: in 2009 I fell desperately ill literally overnight with a mysterious illness. In 2010 because of that illness, I lost my career of twenty two years as a professor of English and Creative Writing at Lone Star College in the greater Houston area.  For the first five years I could barely read, follow easy television plots, or even simple conversations.  My world collapsed in one day: Sept 19th, 2009 when I woke up and couldn’t get out of bed, think straight, or barely move. My limbs felt like they weighed a hundred pounds and I could barely lift my head off the pillow for ten days straight.  After numerous doctor visits that spanned an entire year,  I was finally diagnosed with Myalgic Encephalomyelitis also known as Chronic Fatigue Syndrome in 2010.  But something in my soul told me something else was desperately  wrong, so I kept digging, researching, and listening to wise people in private groups on Facebook who shared this illness and had been sick many more years than me. Slowly I started seeing posts about people becoming deathly ill from mold.

After a lot of research and questioning of certain patients, I finally realized that living in a home with hidden mold for ten years due to a massive water intrusion from an over flowing toilet is what triggered the collapse and cost me my career. Thankfully, I was blessed to find the right information at a website called Surviving Mold.com founded by Dr. Ritchie Shoemaker, the world’s pioneer in bio-toxin/mold illness.  In April of this year, I traveled to see a specialist in this field in Roswell, New Mexico. After a four hour extensive in-depth visit that included an entire hour of blood draws the next day, I traveled home with the high possibility that I had found my underlying illness: Chronic Inflammatory Response Syndrome, a genomic based bio-toxin/mold illness (CIRS).

In 1999 after we discovered that several kinds of  mold was literally covering almost every inch of drywall on the inside of the house, invisible to the eye, we had the house professionally re-mediated. It was stripped down to it’s bones and basically rebuilt by professional re-mediators.  My home was re-mediated, but my unfortunately my body was not. When I got the first follow up call from Dr. Scott McMahon in Roswell, I learned that I had been born with the worst HLA haplotype gene for this illness from both my mother and father, something that is extremely rare. In the bio-toxin/mold world we call this the “dreaded gene.”  What this means is that I will be dealing with this illness for the rest of my life, managing it in some ways the same way a person manages diabetes.  I now have the tools and treatments to manage it where before I was semi housebound many days only well enough to climb out of bed, move to the couch, and go back to bed at the end of the day.  Going out to a grocery store was a rare event. My life had shrunk down to nothing but illness.  I felt shattered, flattened,  groundless, the same way I had been when my life blew apart from the attack at twenty nine when I was almost murdered in a parking lot, randomly jumped by a young male crack head who was stealing hub caps from a car parked two cars up from mine.

I learned from my new specialist that I was a very sick woman who was literally so full of toxins I was dying from the inside out. I was a walking sink of toxins that I’d been collecting since I was born and that the collapse in 2009 was from toxic overload. My body could no longer function in this level of toxicity.   Due to my genetic makeup, I learned my body doesn’t know how to recognize and detox through the normal detox pathways. It sees toxins I take in as being part of Katherine.  This genetic make up also answers the mystery why no one else who lived in that house during those years got sick but me.

In April of 2015 I began my long journey back to health and will be following  an eighteen step protocol treatment.  After just one month on the first two steps of the treatment,  I was feeling more functional than I had since I collapsed in 2009.  I’m starting to slowly heal. New friends and people who see me on a periodic basis are shocked at how quickly I have begun to transform.  They can hear it in my voice on the phone, they can see it by the color of my skin, and by the renewed energy I beam out.

Three years ago, my husband and I made the decision to leave Houston and move to a retirement community in Georgetown, Texas about an hour north of Austin,  so I could begin to build a new social life and a fresh start. We had decided that we did not want to spend our middle and senior years in a city of speeding freeways and insane traffic. So my husband and I built a home where he could work from home as a mainframe computer programmer and I could heal and meet new friends who might have more in common with me.  I needed a fresh start and a new social life.

My transformation had begun.  When I lost my career, I lost my identity and while I was sick I floundered around at writing a memoir on healing physically, psychologically, and spiritually from a violent attack I survived at 29. I was struggling a great deal since I was up against serious cognitive impairment that would and could for weeks on end prevent me from writing, reading, or editing.  However I pushed on and managed to produce a hundred and thirty pages of a first draft with the help of mentors and fellow writers in an online course I took during the worst years of the illness.  I’ve been carrying this book in me and vowing to write it since.  This past spring I felt well enough to take a more demanding intensive writing course with Tracking Wonder’s founder Jeffrey Davis and I began to make strides in my manuscript along with his adept guidance and feedback from my fellow classmates, stumbling along slowly still because of my illness but making progress nonetheless.

So why Transformation? A writing friend and mentor from that other course once told me she saw me as a snake shedding her skin, someone who was growing a new skin but it wasn’t clear what that new skin would look like. That resonated.  I’m healed enough now that I can take small steps on this path of transformation.  I do not know what exactly that transformation is going to look like. I do know it will entail diving deeper into being a writer of both poetry and creative nonfiction, perhaps reinventing myself as a teacher of writing in a new way.  I’m excited to know that I’m learning about who I am now that I’ve dropped the skin of college English professor. Now that I’m slowly getting my life back, it is up to me to discover a new creative existence. I have many people along the way cheering me on: mentors, fellow seekers, writers, classmates, and new students I’m teaching writing to at a monthly meetup in my retirement community.   I’m beyond excited to see just what kind of snake I will become.

Visionary for Day One:   Susan Piver is a New York Times bestselling author, an exceptionally skillful meditation teacher, and renowned speaker. She has penned eight books, including How Not To Be Afraid of Your Own Life (St. Martin’s Griffin 2007). She has been a student of Buddhism since 1995, graduated from a Buddhist seminary in 2004, and was authorized to teach meditation in the Shambhala Buddhist lineage in 2005. Susan’s mission is to teach everyone how to slow down, soften our hearts, sharpen our minds, and create a life of fearlessness and authenticity.Twitter: @spiver